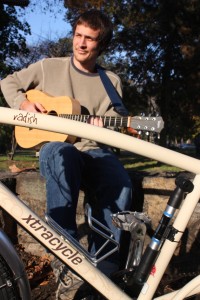 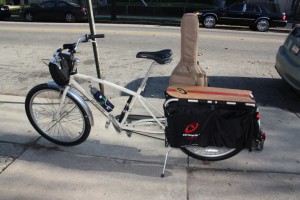 Mike Morrell, ie “Zoecarnate” found the Friend Speaks My Mind music video on Martin Kelley’s Quakerquaker.org. See what Mike had to say about the video:

Haverford College just released a blog entry about Quakers’ historical relationship with music in which Jon Watts is featured! See the full article:

I was unaware of a YouTube video that recently went “viral” – at least in proportion to Quaker numbers – until friends referred me to it. The video shows 2006 QLSP graduate Jon Watts rising in the silence of worship in the Barn at Pendle Hill. His vocal ministry turns into a “rap” about Quaker history and theology, focusing on the diversity of views among Friends and his own upbringing in Friends General Conference.

Reposted from the 2009 Friends Center Newsletter

I am not adept at most of the modern social networking devices. No Blackberry or cell phone, even. At the insistence of Friends Center staff and students, there is a Facebook account with my name attached – for purposes of getting the word out on campus ministry programs. But I don’t know how to operate it.
END_OF_DOCUMENT_TOKEN_TO_BE_REPLACED

Three months ago I traveled to the Sierra Friends Center in California to take a break from the spotlight… I had been traveling in the ministry and performing all over Philadelphia Yearly Meeting for two months.  It was my intention to get some rest and do some discernment about my next steps, including some experimentation with internet outreach.
END_OF_DOCUMENT_TOKEN_TO_BE_REPLACED

QQQQandA is a great resource: a blog made up of answers to questions sent to FGC’s Quaker Information Center. Recently they received a question inspired by my music video, “Dance Party Erupts During Quaker Meeting for Worship”:

Please explain — what is the deal about Quakers and music? Is it true that music is considered sinful? Why? If music is bad, how do you explain the video “Dance Party Erupts at Quaker Meeting for Worship”?

I recommend that you check out Joan Broadfield’s response.

Six days ago I released this music video, which has been shared widely among Friends.

Some of the lyrics have provoked dialogue, specifically about the relationship between modern Quakerism and Christianity. Here are a few of my own thoughts…

“I’m not a Christian
but I’m a Quaker
I’ve got Christ’s Inner Light
But he’s not my savior.”

If you visited my website seeking an anti-Christian Quaker manifesto, you were probably disappointed. After a Guilford College education and a year living in community with all types of spiritual seekers at Pendle Hill, I am decidedly “Christian-curious” and have no illusions about the roots of my religion.
END_OF_DOCUMENT_TOKEN_TO_BE_REPLACED

A week ago I got this email from a Meeting in Pennsylvania who had some questions about the song “Friend Speaks My Mind” after I performed for them this past April. Their questions were not uncommon, and so I took the time to respond carefully and in depth and am re-posting the response here. Hope it is helpful.
END_OF_DOCUMENT_TOKEN_TO_BE_REPLACED